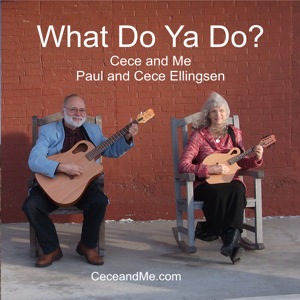 
We will be releasing a new CD, "Prepare Ye the Way of The Lord," Janurary 2016. Cece and I love to lead worship and led worship at "The Overflowing Cup" Coffeehouse in Beloit WI for 4 years. We did a mixture of old hymns, praise songs from the 80's, some of our original worship songs, and a few newer hymns and praise songs. I like the praise songs from the 80's because there is so much scripture in them. This CD will have 5 of our songs that we sung at Overflowing Cup that are scripture put to music. One of my favorites is "A New Song" from Rev 5:8-14. 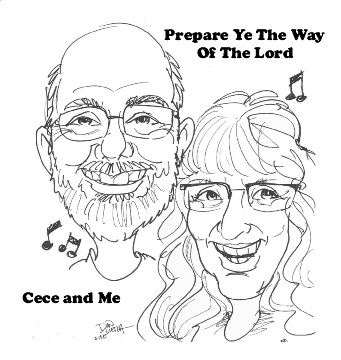 We will be playing at:

I apologize for being so slow about updating this years web page! We have spent the last year buying a house in Kentucky, fixing our house in Benton KY and Elgin IL, moving, selling our house in Elgin and starting in on fixing up a building near our house in Benton KY to be a restaurant and Christian music venue. www.DadsPlaceKy.com We have played in a few places since we moved but we have not taken many pictures. We did take a few videos though. Please stop the music player before playing the videos or you will hear both.
Thank you
Paul Ellingsen

We recently went to Israel with Joshua Aaron "Worship in Israel Tour" WorshipInIsrael.com It was really nice because besides Joshua we had a Messianic guide whose name is Yehuda. Also it was a really small group, only 9 people. That was probably because of the time of year and also possibly because of all the trouble in Israel at the moment. And of course I did bring a guitar with. I brought a Journey backpacker guitar that fits in the overhead bin. Although on the final flight from New York to Chicago they wouldn't let me stow it in the overhead and wanted me to check it in because all the overhead bins were full before I got on the plane. Fortunately there was a 2nd flight to Chicago an hour later that they let me take. Airlines are VERY rough on luggage. Cece had a brand new suitcase that looked like it had been dragged across the airfield after the first flight and Tom and Bonnie both had wheels broken on their suitcases. 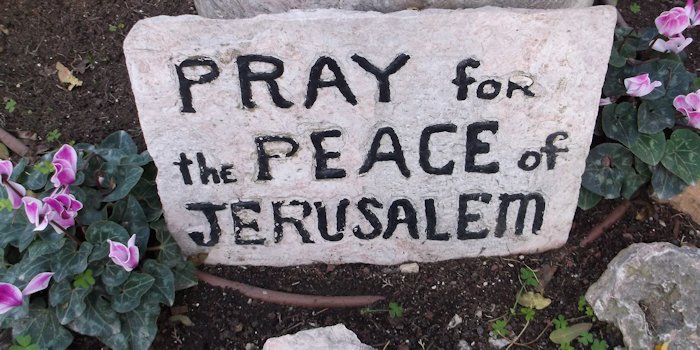 One of the sites we visited in Israel was Beth Shan. This is where Saul Body was fastened as described in 1Sam 31
Joshua Aaron and Bonnie played a few songs there at the theater but unfortunately I didn't take any pictures of Bonnie.

Josh and I did a few songs by the Sea of Galilee in Caphernaum, the town of Jesus. I played "Power in the Blood" and "Blessed be the Name of the Lord." Josh sang some excellent harmonies. I was able to do a little harmonica backup on one of Josh's songs. Thankfully Cece took a few pictures. No video though, unfortunately.
A Sabbath dinner in Israel


We used to always play Christmas carols in front of WalMart the day after Thanksgiving, but couldn't this years because of our plans to visit "The Jesus House" on Thanksgiving and our trip to Israel shortly therafter. So we played Christmas Carols the Saturday before Thanksgiving at a KMart in Paducah for the Salvation Army. It was fun but cold and windy. We thought we would have BETTER weather in Ky this time of year


We played at the Overflowing Cup Coffeehouse July 11th 2015. 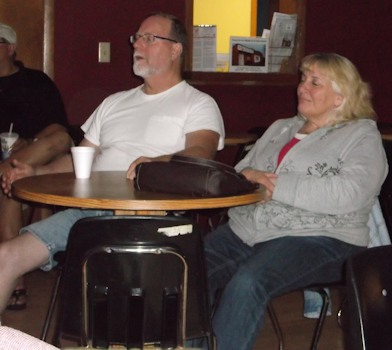 Our friends Randy and Ann from Elgin IL drove out to see us that night. Thank you for coming.

Then on Sunday July 12th we joined Jmmy Jack Whitaker at a little church in Belvidere IL. He said,"bring your guitars with" so we did a few songs as well. Thank you Jimmy.


We played at the morning service at the Kentucky Lake Mission Church May 31st. 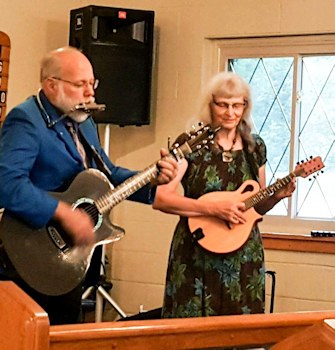 We played at Briensburg United Methodist Church Briensburg KY May 10th 2015 Thank you pastor Bill for inviting us.

We also stayed for Sunday morning Church and worship Led by Bonnie.
Bonnie has written a autobiography that will be out soon called "Tattooed by Jesus"


To see last years pictures go to the 2014 page
Click here to listen to or buy all or any "Paul Ellingsen", "PBforJ", "Cece and Me" CD